We made it back home, tired and suitcases full of laundry.
We left the hotel, and wandered around Whistler for a bit, visited the library (in which I played with puppets and told a Stamp-catalogue-reading Victor a story about Cat the cat, Dog the dog, and Mouse the mouse. Aren't I creative?) 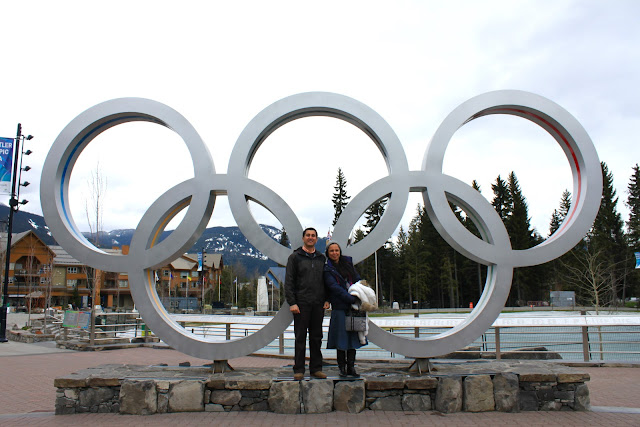 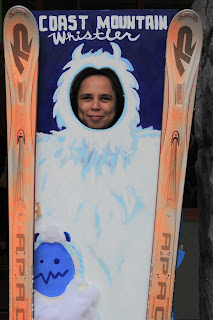 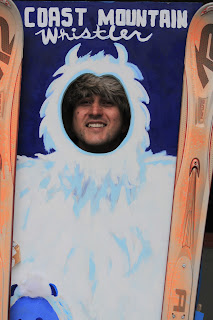 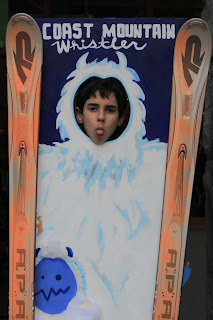 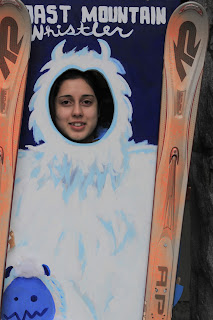 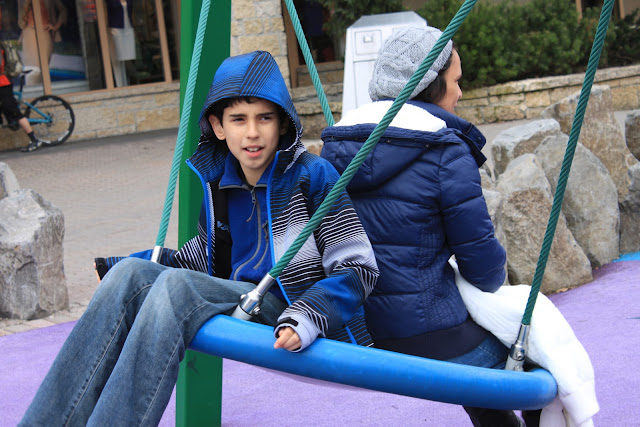 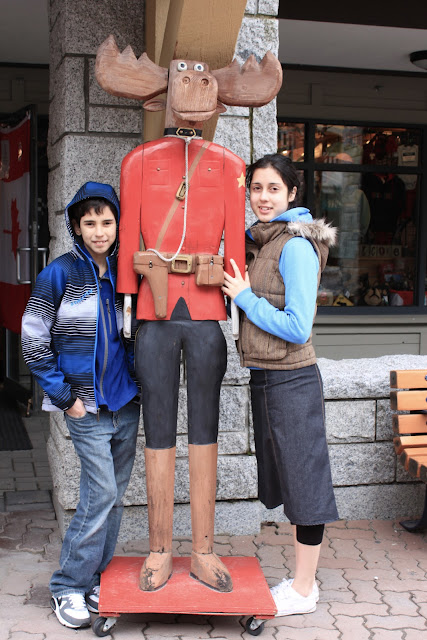 I was so sleepy that day, I could barely put one foot in front of the other. So I slept in the car until I was violently awakened by the car rolling to a stop. Victor wanted to stop at a mine museum to check out a few of the rock samples.

Ever since forever, (since I was a newborn), I haven't dealt well with being awaken. I really really loathe it. Be it by an alarm clock, by a gentle shaking of the shoulder, whatever, I dislike it very much. I'm one of those people who wakes up slowly. Very slowly. Like a 2005 pc starting up when you're in a hurry, or how long the five seconds Youtube makes you watch a commercial until you can skip seem to be. I spend about an hour tip-toeing around, my brain talking to itself, dictating the "up, down" motion of brushing my teeth. Soon, though, I'm my own silly self.

Ever since forever, (since I was a newborn), I have dealt very well with sleeping in the car. Whenever I was particularly fussy or sick and wouldn't sleep, all my parents had to do, was take me for a car ride. I'd sleep soon and deep then.

Anyways, we stopped at the mine store, and I tumbled out of the car, rubbing my eyes and dragging my feet. I conversed with myself as I looked around the store, "Where to go for least disturbance in awakening process." I somehow navigated myself to the far corner by a side entrance, and parked in front of one of those CD testing box things...

I chose a CD from the rack, pressed its icon on the screen, put the volume to the lowest possible, and then clicked the "next button" until that CD's samples were finished. I wasn't listening. I flipped to the back of a CD cover vaguely aware the side entrance door opened and someone stepped in.

It took me a while, but I finally turned around and noticed that someone was talking to me. Brain, still her sensible and desperate-to-awake-me self, made a couple of notes: Blond, miner's uniform opened to reveal unsightly matted chest hair, male, not old, talking to you. And that's when I turned back to the CD rack, before the last part of brain's message got to me.

I swirled back. Apparently it is rude to turn your back to a person addressing you. I blinked once, twice, trying to focus. He was saying something, what was it? Oh yes,

"We have some great songs on that one."

My glance quickly turned down to the CD in my hand. Canada's Greatest Hits.

Right. Um, I do believe I should respond now. What do I say? Something witty, smart, fun. I pry open my mouth that had been closed since sleep had taken hold and had parched it.

He chuckled. "Yeah, and we also have a couple of great Native CD's too." He pointed out three covers, on the rack, rambling about how unique they were or something of the kind. But my mind had wandered. Native = Indian = Horses = Mustangs = Car in Princess Diaries = Mia = Cats (Meow) ≠ Silence. Silence?

Oh yes, he'd stopped rambling. What was the last thing he said? He'd been pointing out Native's CDs. He missed one. So I pointed to it.

"Yeah." He says with a lopsided look.

I turn back to the CD's and press one I think he mentioned. That's polite right? He chuckles again, turns around and goes talk to a much more talkative cashier who rambles about awkward Facebook photos and peace signs. I wasn't eavesdropping. They were talking really loud.

I yawn, and nag my little trio to please hurry up before I build myself an agate bed and sleep right then and there. We pull out of the driveway in our fourteen year old Volvo. He's old, and getting to the point where he works best when you hit him on the head once or twice. Like our DVD set that won't spit out the DVD's unless you slap its top. Likewise, our sunroof won't close unless you slap it. Firmly. As in all of dad's weight on it type firmly. As dad closes the sunroof, I close my eyes and drift off to sleep. 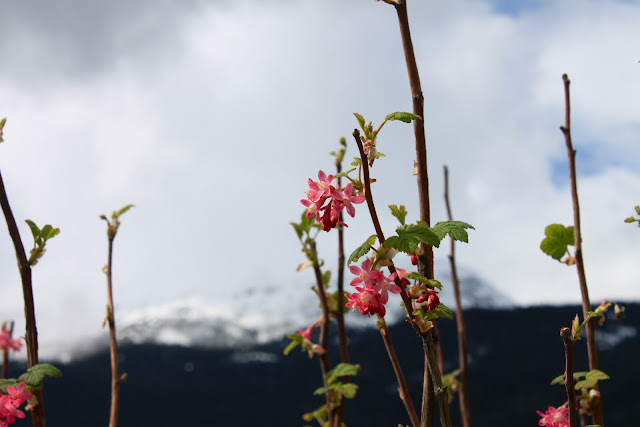