Just in case you haven't guessed,

I'll begin at the beginning, I've been told it's a good place to start..

We left the Vancouver airport a week ago yesterday. Our flight left around six so we were at the airport around five because we had spent the night nearby. From Vancouver we flew to Minneapolis. Then to Detroit. Then it was nighttime and we had a ten-hour flight to São Paulo.

When we arrived in São Paulo, I still had my wonderful cough and hoarse voice. This combination made me sound like an 80 year old smoker with pneumonia and tuberculosis Emma Stone. (She's much much sexier.)

Before we left home, I asked my mother to not tell her mother that I was sick. Why? Well let me tell you a little bit about my family.

My mother's brother (Uncle D.) is the owner of a natural food store chain here in Brazil. You know all those healthy gazillion grain breads, the oils, the teas, soy products, vitamins, supplements etc.? Yeah, he sells those. He knows them. He advocates them.

His wife, (Aunt L.) just happens to be a nutritionist. Meaning she is on top of my weight, and of course, health in general.

My father's brother (Uncle N.) works in one of Uncle D.'s health food store and is quite knowledgeable on what cough syrup is perfect for a certain girl coming from Canada with a silly cough would be.

Are you getting a clue as to why I might want to keep quiet about the fact that I had been somewhat...ill? But as my mother quickly informed me, with my beautiful Emma Stone voice, it was quite unlikely I would be able to keep my cold a secret. "I'll be quiet then. I won't say a word." I answered her. She laughed. "Then they'll know something's really wrong." I'm still trying to figure out what she was implying...

So Uncle D. picks us up at the airport and after he's finished exclaiming about our new glasses, he asks me if I have a flu. I stutter and look at the ground then sideways wondering what I could possibly distract him with. He reaches into the glove compartment and takes out a roll of vitamin C's. He throws it to the back. "Take at least one." I sigh .. and then it begins.

We stop by a store where he buys a couple of vitamin pills thingies. "Take three of these a day." He says nodding towards the pills. We get home (Grandma M's house) and after all the greetings are through, grandma puts the tea kettle to sing and gets out the propolis. Guess who it's for.

I sleep all afternoon waking up only for lunch. I don't even remember eating. That night, my little cousin was having a birthday party. I couldn't make it. I was exhausted. Daddy calls to let Aunt L. know we won't make it. Cousin J. and Uncle N. arrive and when they find out we won't be there, he calls.

Uncle N. "But what does she have?"
Dad "The flu and she's coughing and really tired from the trip."
Uncle N. "You know, we have some really good cough syrup at the store, it's really strong and it'll get her better in no time. Do you want me to take some over?"

Then Aunt M. (mother's sister) arrives. She's kinda the rebel in the family when it comes to healing with natural treatments. "Oh just take her to the walk-in clinic, they'll give her a shot and she'll be fine!"

After taking my pills, my tea, my syrup, and escaping a shot, I ran away. Away to Grandma L.'s house. Where I've left my cold absolutely alone. It left me too.

More on a couple of our adventures we've had during our first week here soon! 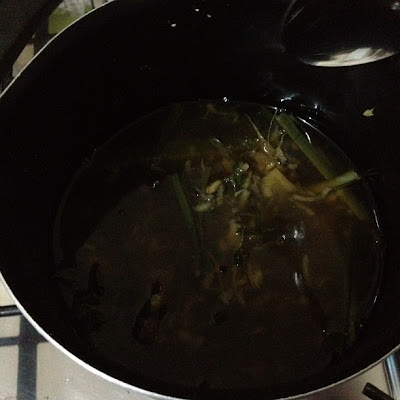